What is a Hope Chest?

Hope Chests are known as dower chests, wedding chests, or referred to as a “trousseau.” They symbolize hope in marriage. Made from different woods and materials, they are usually large trunks or boxes used for filling and storing items for young women. These items were stored in the chest until she married and needed them for her new life. Such items may have included: quilts, linens, silverware, heirlooms, and other handmade or valuable items. 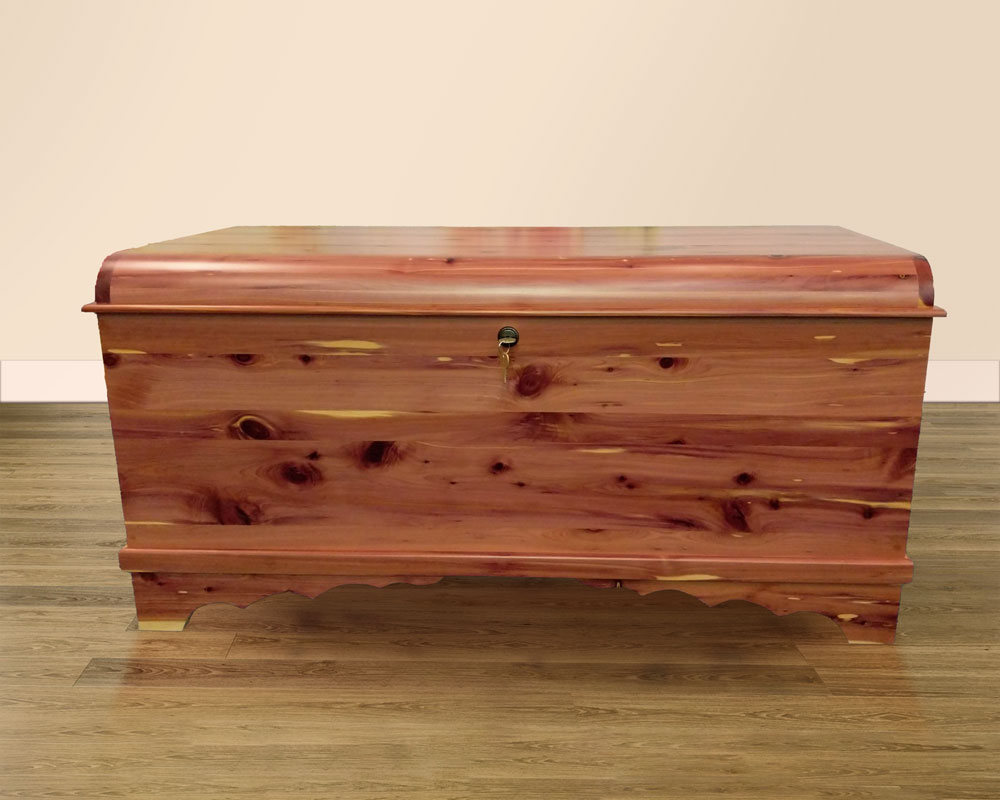 History of a Hope Chest

Not much is known about their origin. According to Caroline Stone, author of " The Art of the Dowry Chest," dowry chests have been in use since the ninth century. They have been mentioned in the Cairo Genizah, a large collection of Jewish manuscripts and other documents.

They grew in popularity in 15 th century Italy during the midst of the Italian Renaissance. Renaissance, meaning “rebirth”, was a time in which new ideas and traditions were being created. One of these traditions being a “Cassone”, which means marriage casket, coffer, or chest, as researched by Jeanine, author of " Italian Hope Chests - The Cassone." These Italian Hope Chests grew in popularity among the rich upper-class and were used in wedding celebrations. 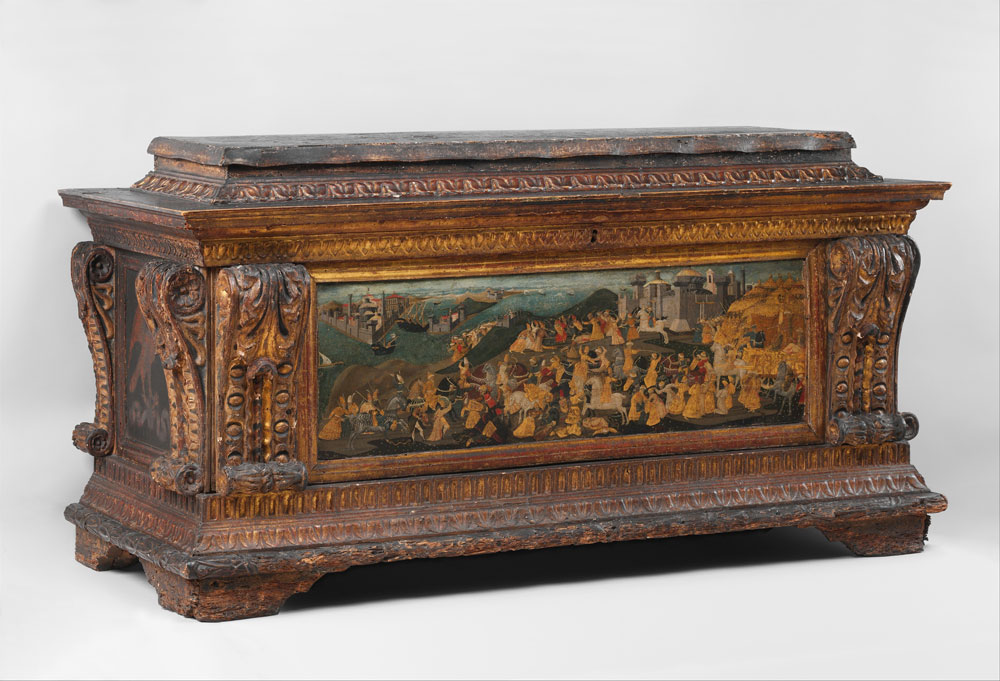 Weddings in Italy during the Renaissance were that of a spectacle as described by  The Met Museum. To the rich, weddings were seen as an event that should be celebrated to the fullest. They would last for days and include feasts, games, parades, and processions.

Wedding processions gave the community a way to share in the festivities. They were public parades that happened in the streets. The bride would travel to her new home to live with the groom and his family. Families used these processions to show off their wealth, and they did so using marriage chests. The cassoni, or chests, would be extremely ornate. They would be decorated with paintings, carvings, or even include bronze work or ivory.

Around the 17 th and 18th, the popularity of cassoni declined. People began traveling to America between the Colonial Era and Industrial Revolution to start new lives. Hope chests were used as a functional furniture. They had a simpler design and were made for storage instead of as a way to show off at one’s wedding or home.

In the article " Treasures: A schrank by any other name," by Helaine Fendelman and Joe Rosson, the German and Dutch had a version of their own Hope Chest. They were called “German schrank” or “Dutch kast” and were tall and wardrobe-like. Usually having double doors with one side of the chest being used for hanging items. The other side had shelving. Some were painted either freehand or with stencils, making them a prized form of folk art. 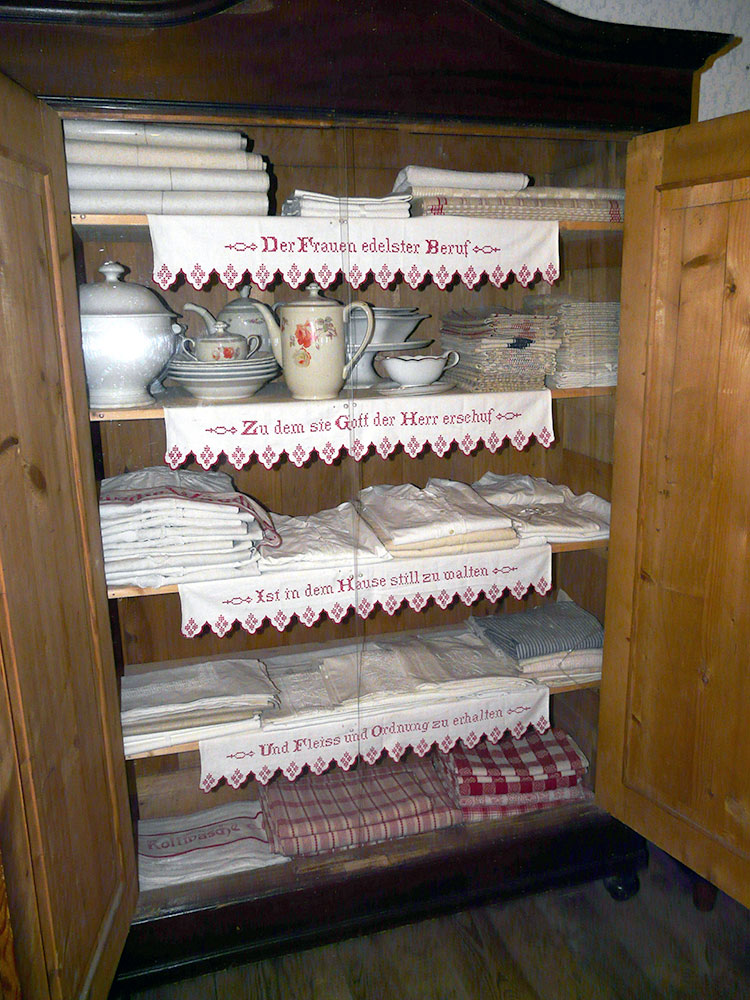 Hope Chests were made popular again by the Lane Furniture Company in the 1940s. The  Virginia Museum of History and Culture informs us that Edward Hudson Lane founded the furniture company in 1912 in Altavista, Virginia. During World War I, they began producing pin ammunition boxes. This gave them the funds and assembly system they needed to begin a booming furniture company.

The Lane Furniture Company coined the term “Hope Chest” and advertised these products in the 1920s. During World War II, their advertisements persuaded “thousands of GIs leaving for overseas to purchase a Lane Hope Chest for the sweethearts they were leaving behind.”

After World War II, the tradition of Hope Chests declined. However, the tradition is still ongoing today. Some Amish communities will gift Hope Chests to young couples just married. These chests will be filled with crockery, linens, oil lamps, and other things they may need to start their own family. Mothers may also hand down sentimental items or heirlooms to their daughters to have and cherish.

What to put in a hope chest?

Nowadays, brides aren’t parading around Hope Chests at their weddings or even getting married at all for that matter! However, you can still make a tradition of your own. Instead of hope for in marriage, you can have hope in a future whatever that may be.

You can use these chests as storage or even as an heirloom piece to pass down to loved ones. Here are a few ideas on what you can store in your Hope Chest:

A NOTE OF CAUTION: Make sure your items are properly stored! The natural oils of cedar can cause discoloration and fabric to become brittle. Just make sure there is separation for the wood and your items using either cotton sheets or acid free tissue paper. Store photos in acid-free sleeves or archival boxes.

Join our newsletter to receive promotions and product information. We email occasionally about once every month or two.